Retinal Autofluorescence is a complimentary test to clinical examination and retinal angiography. It gives us specific information about the health of the retinal pigment epithelium. It also allows us to detect other substances within the retina, such as lipofuscin.

When is Retinal Autofluorescence helpful?

Retinal autofluorescence is most helpful in monitoring the progression of slowly progressive diseases of the retinal pigment epithelium, such as dry macular degeneration and rare autoimmune chorioretinopathies (such as serpiginous chorioretinopathy).

A normal retinal autofluorescence picture is shown below. 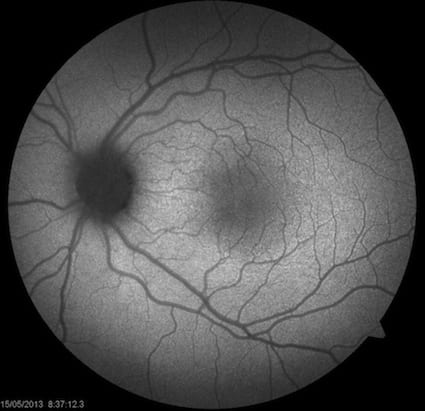 This is an uncommon disease in which diabetes is linked to hearing abnormalities. It follows inheritance pattern down the maternal lines. Rather than these patients showing signs of diabetic retinopathy in their eyes, they also show abnormalities of the retinal pigment epithelium, that can appear very similar to dry macular degeneration. 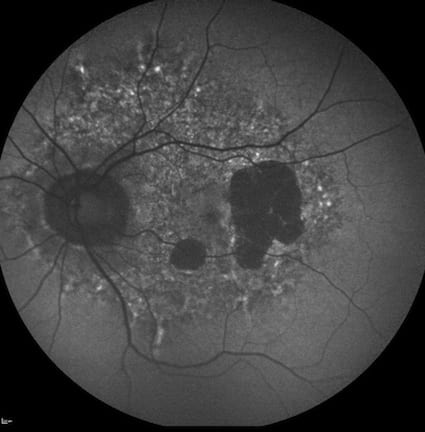 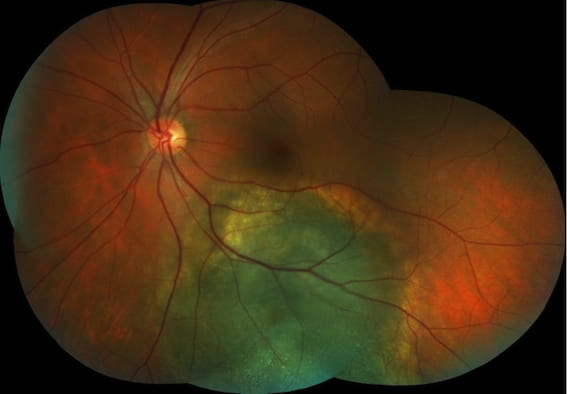 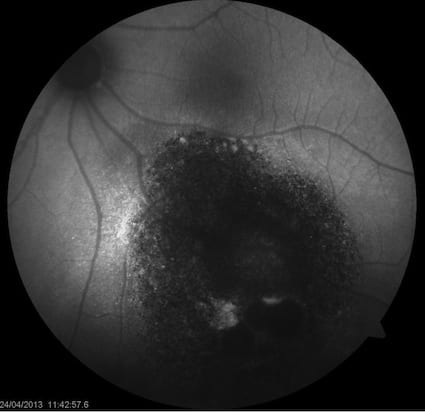 Swollen optic nerves can be a sign of serious diseases of the brain and central nervous system (such as raised intracranial pressure or multiple sclerosis). Sometimes, it can be due to less worrying diseases such as optic disc drusen. These are abnormal accumulations of waste products within the optic nerve head. These drusen are sometimes visible on autofluorescence photography of the retina and optic nerve. 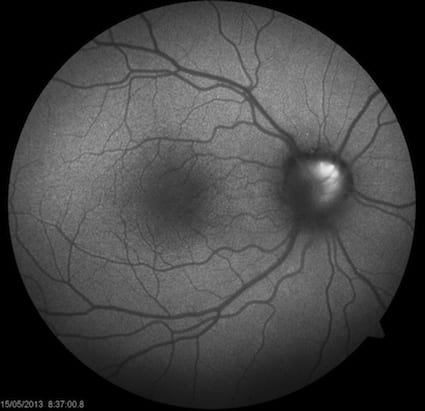